There is more harmonic distortion in a conventional generator mainly because the sine wave is messy. This type of current is less safe for sensitive personal devices.

When it comes to generating power, regular generators are better than inverter generators, because the former can produce more power. Factors such as the consumption of fuel and the mechanical differences also determine it.

Conventional generators usually make a lot of noise, due to their size and mechanism. On the other hand, inverter generators are designed in such a way that they can run quietly. The noise is removed because these generators run at 3600 rpm, steadily.

If you read the product description, you will know how much noise the particular generator will make. The amount of noise is usually given in decibels.

Apart from these differences, there are some other minor differences between inverter generators and regular generators. They differ in parallel connections, emissions and price. 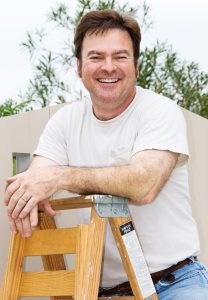 My name is Alan, and welcome to my blog!

Ascher Generators was created to help give readers an all-in-one solution when it comes to finding the right generator for them. We aim to provide highly-informative articles that are designed to be extremely easy to read for a layman. This approach ensures we help as many people as possible achieve their end goal and find the generator that is perfect for their needs.